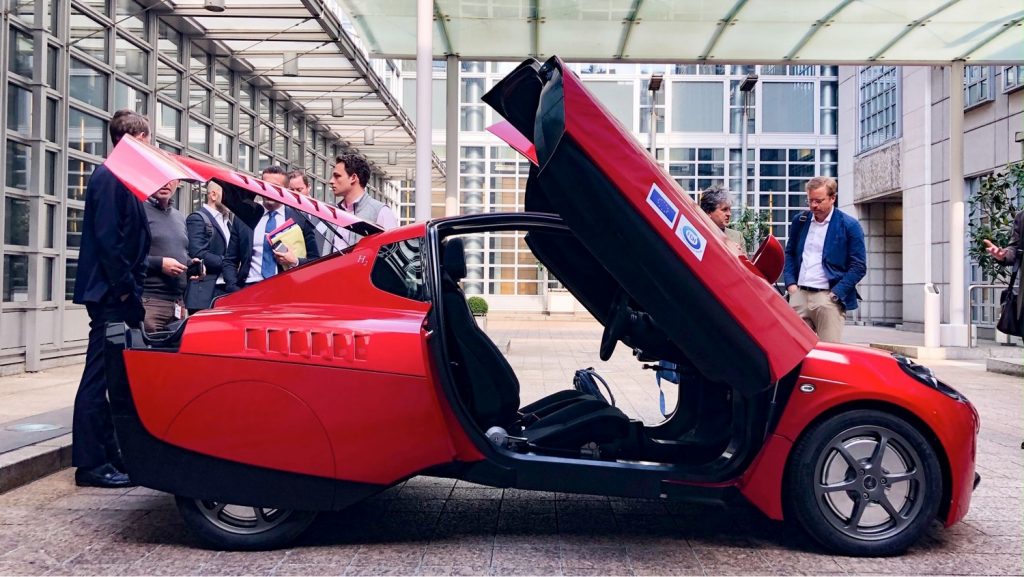 A British car manufacturer banking on the future of hydrogen cars aims to raise £150m over the next three years.

Riversimple – the brainchild of entrepreneur Hugo Spowers – has developed a two-seater hydrogen fuel cell car named the Rasa, Latin for “clean slate”. The car is aimed at city dwellers and boasts a top speed of 60mph.

After more than a decade in development, the Rasa is nearing its entry into the consumer car market. Mr Spowers believes hydrogen will form part of a number of solutions that will meet the needs of the modern-day driver.

The Riversimple owner opened a new funding round with the aim of raising £150m, which he said was “not much money at all” in automotive terms.

“That will get us to two production plants, making two different vehicles, the first plant will be built in 2023 and the second will be in 2024”.

“We are working on some public sector contribution and private sector risk capital. We have been surviving through the development of all this technology very cheaply with private investment.”

Mr Spowers said the company was “in discussions” with both the Welsh government and Westminster.

The former motorsport exec added that he was planning to come to the market within the next three years and that the “cost of ownership” would match that of a bottom of the range diesel Golf.

“The plant we have designed has got a capacity of 5,000 cars per annum. And by the second year we expect to be up to that throughput,” Mr Spowers said.

“5,000 units per annum for these sort of cars we believe is the optimal scale of production for a single plot, which means that the speculative investment to get commercially viable revenue is much, much smaller than building fuel cars.”

The Welsh company’s business model differs to that of traditional car manufacturers. Customers will not buy the cars but rather pay a monthly fee that covers everything from car use and maintenance to fuel and insurance.

Riversimple said its model encourages it to make the cars as renewable as possible as, once a customer’s contract expires, the Rasa is returned to the company and then offered to the next customer.

Gambit Corporate Finance is pleased to have been appointed lead financial adviser to Riversimple on its £150 million funding round. If you would like to discuss the investment opportunity in further detail, please contact a member of the team: Frank Holmes, Sam Forman, Nick Gallagher