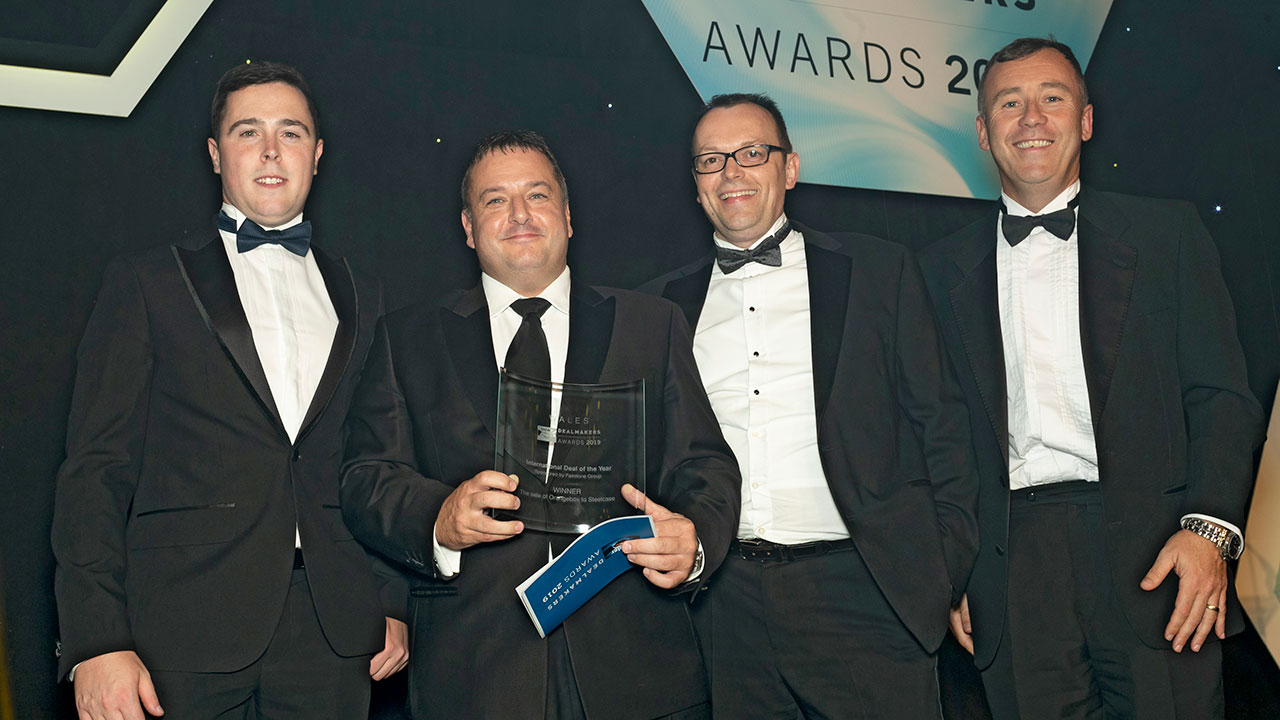 Gambit Corporate Finance has been awarded the ‘International Deal of the Year’ for its role as lead financial advisor to the shareholders of Orangebox Group Limited on its £63 million sale to Steelcase Inc.

Orangebox is a UK-based designer and manufacturer of furniture for the changing workplace and is the market leader in its sector across the UK, Europe, US, Dubai and Australasia. Headquartered in Nantgarw, Orangebox employs more than 450 people across its offices in London, New York and Dubai with operating and manufacturing facilities in Nantgarw, Huddersfield and Michigan, USA. Orangebox generated revenue of approximately £69 million in the twelve months to 31 August 2018.

Steelcase, Inc is the world’s largest office furniture manufacturer with turnover in excess of $3 billion and a market capitalisation in excess of $2 billion.

Gambit advised the shareholders on strategic options, profiled the buyer pool, negotiated and structured the transaction, led the commercial negotiations with the purchaser and project managed the due diligence and legal processes.

The Gambit team was led by Geraint Rowe (Partner), Simon Marsden (Director) and Sam Forman (Manager).  Legal advice to the shareholders was provided by Philip Humphreys from Clark Holt Solicitors.

Simon Marsden, Director commented, “Orangebox has been at the forefront of innovative office furniture design since its inception. The transaction highlights Gambit’s significant cross-border deal capability, with Orangebox attracting substantial interest from several global market leaders across North America, Canada and Europe. The firm’s relationship with Orangebox extends some ten years. We are delighted to receive this award for such a notable and successful transaction. The awards were extremely successful for the firm, with Gambit being awarded the ‘Corporate Finance Advisory Team of the Year’ for the fourth consecutive year and Geraint Rowe receiving the ‘Dealmaker of the Year’ award for the third time since the awards’ inception in 2005.”