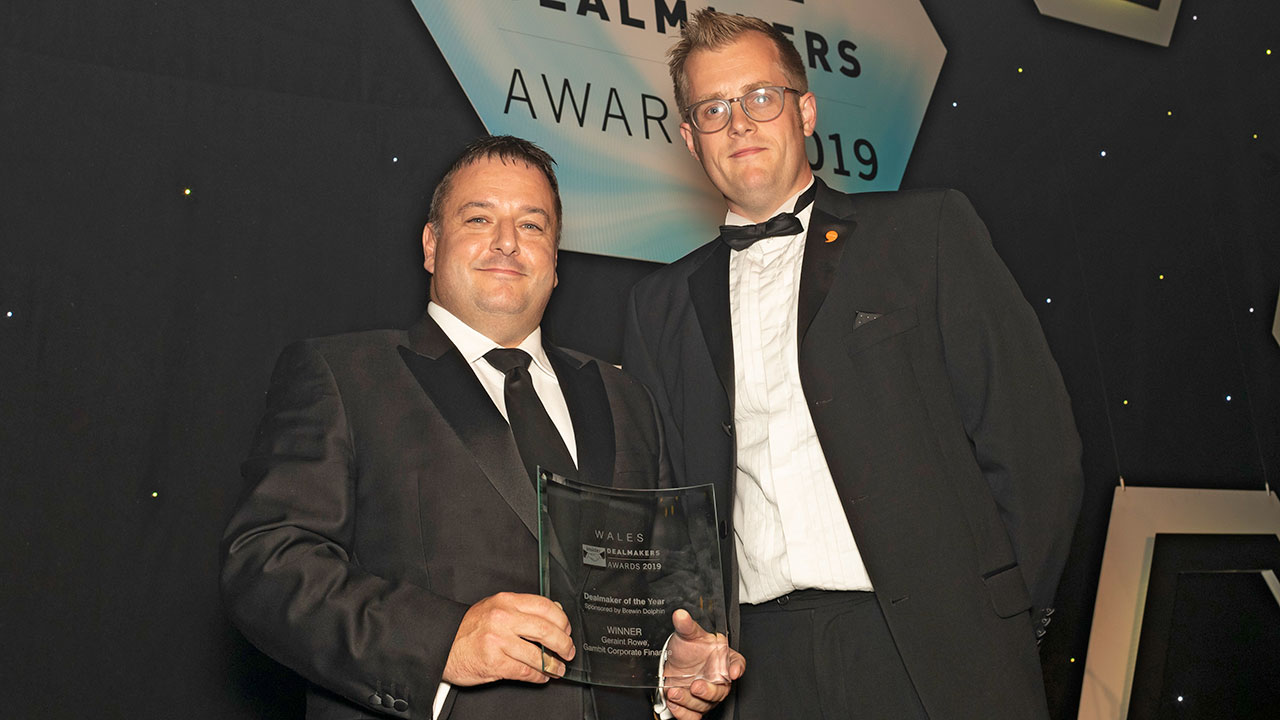 Partner at Gambit Corporate Finance, Geraint Rowe, has been named Insider Magazine’s ‘Dealmaker of the Year’ for 2019.

This is the third occasion that Geraint has received the ‘Dealmaker of the Year’ award, having previously been voted this in 2005 and 2015.

Geraint originated, led and advised on a significant number of deals in Wales in the year to 30 June 2019 with a total deal value in excess of £100 million. This is in addition to a number of notable transactions throughout the UK and Europe.

He has a cumulative career deal value of in excess of £1 billion.

Geraint also provides strategic advice to a number of high growth companies and those implementing a buy-and-build strategy.

Jason Evans, Partner at Gambit Corporate Finance commented, “we are delighted that Geraint has received this recognition for his substantial impact on the dealmaking community. The fundamental principles on which Gambit operates are tenacity, commerciality, fairness and the desire to add value to the firm’s clients.  Geraint typifies this and we concur with the judges’ comment that Geraint is a role model to future generations of dealmakers.”