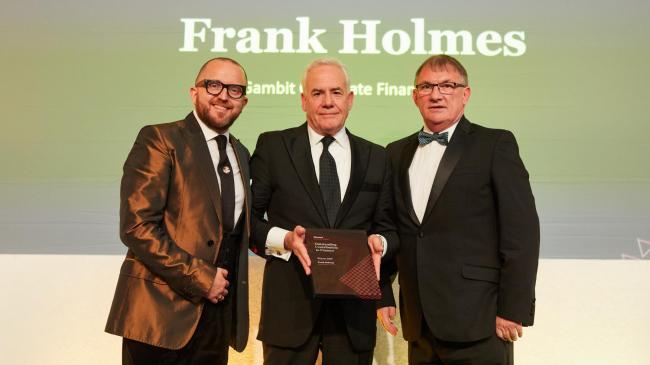 Frank Holmes, Partner at Gambit Corporate Finance, was presented with the ‘Outstanding Contribution to Finance in Wales’ award at the 2019 Finance Awards Wales.

Since becoming a founder partner in Gambit in 1995, Frank has led numerous significant transactions in the UK and internationally, overseeing a cumulative total deal value in excess of £1 billion during his career with the firm.

Frank has served as a non-executive director to numerous established companies and is a Governor of Cardiff Metropolitan University and The Cathedral School, Cardiff. He was also appointed the first Chair of the Cardiff Capital Region Economic Growth Partnership in November 2017.

Frank Holmes said, “It is a privilege to receive this award, following in the footsteps of last year’s winner, Andrew Probert, former Finance Director of Admiral Plc. Gambit has been the major focus of my professional career, affording exciting transactions, valued clients and working with a formidable team which is highly respected and fun to work with.”