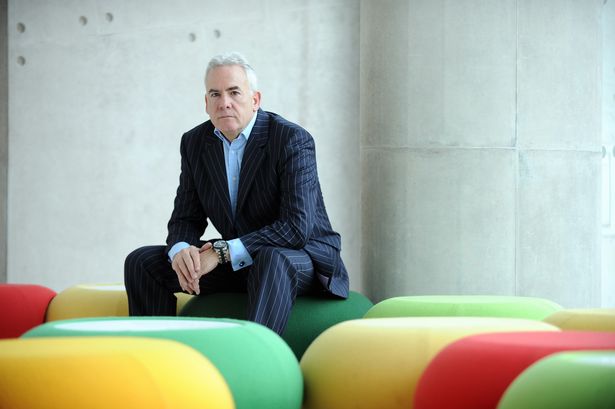 The REGP, which is currently being established, will directly advise the CCR Regional Cabinet, and will be responsible for reviewing the Regional Economic Strategy and advising on City Deal Investment proposals. It will also have an advocacy role, promoting the Region as a prime investment opportunity and visitor location.

Frank Holmes, who has been appointed following an open application process, has an extensive background in strategic advisory support and demonstrates exceptional experience of working with businesses in every area of the Cardiff Capital Region.

The entrepreneurial corporate financier has been a leading advisor on numerous fundraising projects, both in Wales and abroad, in a range of sectors including; healthcare; biotechnology; IT; training; manufacturing; waste management; on-line retail; transport and leisure. He was voted Insider Wales Dealmaker of the year in 2007, 2013 and 2017, which makes him the first person to achieve the accolade three times.

As Chair of the REGP, Frank Holmes will lead the partnership, chair board meetings, collate the views of stakeholders, and communicate and represent the recommendations of the partnership to the CCR Regional Cabinet. His first mission will be to work with the CCR to appoint the REGP board members.

Councillor Andrew Morgan, Chair of the CCR Regional Cabinet and Leader of Rhondda Cynon Taf County Borough Council, said: “We’re very pleased to count Frank Holmes among our collaborators for the CCR City Deal project. The REGP plays a critical role in looking at the decisions we make, and provides a different perspective from private, public and third sector partners in assessing the effectiveness of our investment proposals.

“Frank met all our requirements for this demanding role. He understands the context of the REGP, is experienced at dealing with numerous stakeholders, and has an extensive network, across sectors, at senior leadership level. I am confident he will thrive as first Chair of the REGP.”

Councillor Huw Thomas, the CCR’s Portfolio Co-leader on Economic Development and Leader of Cardiff Council, said: “We’re delighted to announce Frank as the Chair of the REGP. His experience of working with business across the entire city-region will be invaluable in making sure the decisions are the best ones to help grow the Cardiff Capital Region Economy.

“Working with Frank, we will establish the wider Board of the partnership, who will play a vital role in assessing our investment strategy for the city-region.”

Frank Holmes said: “I feel very honoured to have the opportunity to chair and guide a Board of members with diverse disciplines and champion the City Region, which I believe is a deliverable challenge and a fulfilling extension of my career to date.”

The first Chair of the REGP has been appointed to this unpaid position on a three-year fixed term basis, in order to provide a platform for the Chair and REGP board to provide adequate time to establish and ‘bed in’ the organisation, whilst also allowing suitable time to influence city-region decisions.

In parallel, Frank Holmes will continue to manage multi-awarded consultancy Gambit Corporate Finance, with Offices in Cardiff and London. The avid collector of Welsh contemporary art and frequent media commentator on the economy and business trends is also a Governor of Cardiff Metropolitan University and The Cathedral School (Cardiff), and chairs the board of Trustees of Bobath Children’s Cerebral Palsy Therapy Centre, which he has supported for 15 years.

Following the Chair appointment, the next stage is to appoint the Board Members for the REGP. The Board will consist of a Chair and between 6 and 12 members. An advertisement seeking applications to the Board was published on 30th October on the Cardiff Capital Region City Deal website.

The closing date for application has been extended to Friday 24th November, to allow for the Chair of the REGP to play a role in the formation of the REGP Board.

The aims of the CCR City Deal are to create jobs and boost economic prosperity by improving productivity, tackle worklessness, build on foundations of innovation, invest in physical and digital infrastructure, provide support for business, and ensure that any economic benefits generated as a result are felt across the region.

The CCR Regional Cabinet has already agreed to invest £37.9 million to support the development of a compound semiconductor industry cluster in south-east Wales.

The funding is being generated from the Cardiff Capital Region City Deal’s Wider Investment Fund – and is the first such investment since the £1.2 billion programme was formally signed by the leaders of the ten local authorities in the region on March 1 this year.

The project is expected to leverage up to £375 million of private sector investment over the next five years, and the creation of up to 2,000 high value, high-tech jobs, with the potential for hundreds more in the wider supply chain and cluster development.